Rick Shaw is a husband, father, grandfather, a great family man, and an exceptional Realtor. Rick started his career in real estate in 1977. Since then, he’s dedicated every single day to serving Louisville as a real estate professional, and as an icon of family togetherness.

Rick has a Master’s degree in mathematics from the University of Kentucky. He spent his humble beginnings for 12 years as a math teacher in both high school and college level. His love of teaching has not only inspired him to train many agents in Louisville, but it has also allowed him to teach his own children the business!

He started door knocking and farming the client area of Douglass Hills in 1977. Some of his real estate achievements range from becoming the top salesmen for Century 21 in the state of Kentucky in 1985, to Vice President of Edelen, Edelen, & Shaw in 1993, to opening his own brokerage (Rick Shaw Realtors) in 1995.

Rick is married to his wife of 53 years, Judy Shaw. She is a former teacher and real estate agent helping with the family business.

Aside from real estate, Rick loves to golf, oil painting, and listen to Elvis music, and periodically teach his Sunday School class at Southeast Christian Church. Rick spends several weeks throughout the year in Naples, FL. One of his greater recreational achievements is a whopping three separate ‘hole-in-ones’ while playing golf. 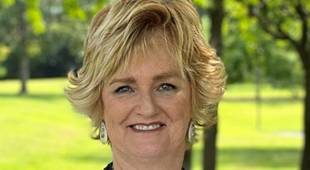